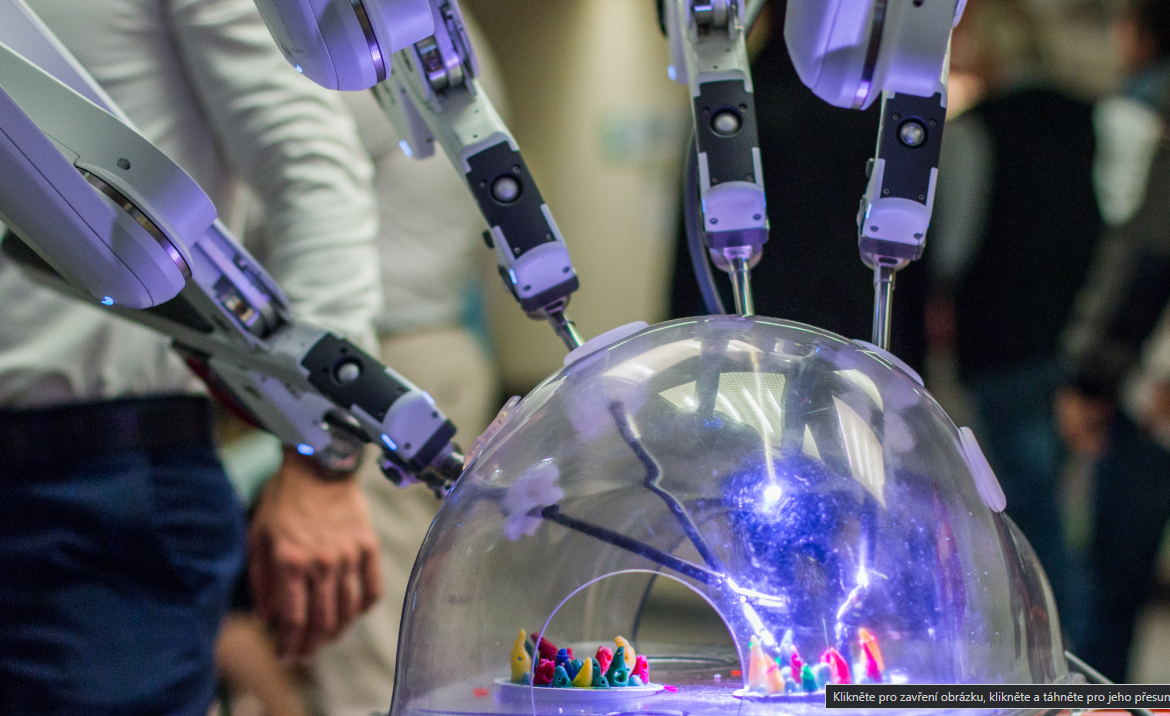 Patients and visitors can control the da Vinci Xi surgical robot both with the help of a training computer program and by moving objects in real time for two days.

An operating robot consists of three components: a four-armed system, an instrument tower and a console, a surgeon’s individual workstation. From a layman’s point of view, robotic surgery is an “advanced” laparoscopy. Instruments with movable joints, which the surgeon controls from the outside, are inserted into the patient’s body from several inlets (punctures) using the console, which is located at the operating table.

The surgeon controls the ends of the instruments with highly sensitive joysticks that the surgeon puts on each finger. Intuitive hand movements imitate the movements that he would make in the case of a classic operation. The system makes them more accurate and gentle.

The main technical advantages over laparoscopy: