Historical case: the first baby from a transplanted uterus was born 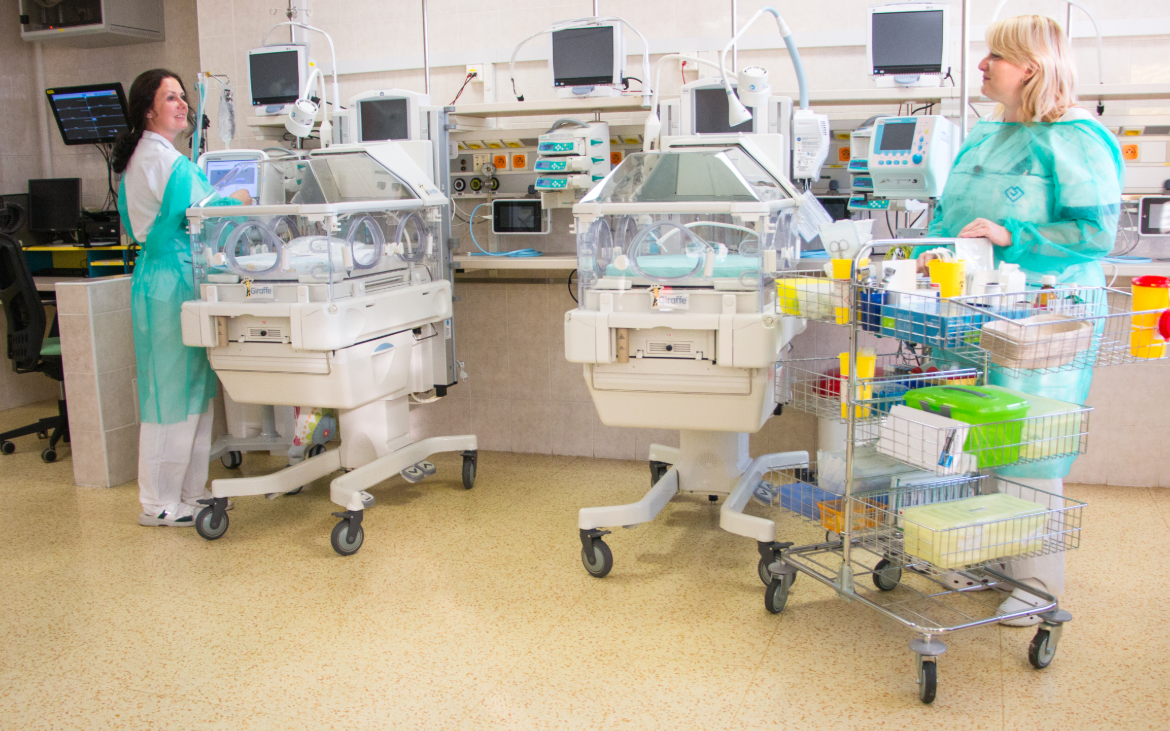 On August 29, 2019, a 27-year-old woman with a transplanted uterus gave birth to a healthy boy in the Charles University Obstetrics and Gynecology Clinic. It was the result of the efforts of a specially created team of the Clinic under the leadership of Roman Chmel, MD and the Institute of Clinical and Experimental Medicine. This is historically the first case in the Czech Republic when a patient successfully managed to maintain a pregnancy until delivery after uterus transplantation. The baby was born by caesarean section at 35 weeks of gestation. The transplanted uterus was left to the patient for a possible subsequent pregnancy.

This is the first case in the world when a baby was born from the uterus, in which the baby was never born before. Up to this point only donor organs that previously gave birth to one or more children have been transplanted in the world. In general, approximately 20 births have been achieved in women with transplanted uterus in the world: in Sweden, the USA, Brazil and India. Uterus transplantation is performed for women who do not have a functional uterus from birth or due to amputation for various medical reasons.

Although several women with a transplanted uterus in the Czech Republic managed to conceive a child in the past, it was only thanks to the birth of the first healthy child that the six-year efforts and expectations of this unique project were realized. It gives great hope to all patients without a uterus for bearing and giving birth to their own healthy child. Currently, there are ten transplants, three of which had to be removed for medical reasons.

After successful transplantation, women undergo artificial insemination at the Charles University Clinic for Obstetrics and Gynecology. The process involves teams from the Institute of Biology and Medical Genetics and Motol University Hospital.

A patient with a congenital absence of the uterus (Meyer-Rokytansky-Küster-Hauser syndrome, or MRKH), underwent uterine transplantation from a donor with brain death in 2017. Two years after the transplantation, artificial insemination was successfully performed. The entire pregnancy, including assisted reproduction, went away without serious complications.

Fetal growth in the uterus, ultrasound and all other necessary examinations did not reveal deviations from normal pregnancy. And even immunosuppressive drugs did not affect adversely the development of the fetus in the uterus. The cesarean section itself passed without any complications, albeit a week earlier than originally planned. Births in women with transplanted uterus are usually planned around the 36th week of pregnancy.

It is not yet clear whether it is possible to carry out pregnancy after uterus transplantation until the appropriate date of birth, that is, up to 40 weeks. Nobody in the world could do this.

– says the head doctor of the clinic Roman Chmel. According to him, all women with a transplanted uterus gave birth from 32 to 36 weeks of pregnancy.

Mom and baby are already more than two weeks after giving birth, the boy is completely breastfed. Due to the very favorable postnatal development, both of them have already been discharged. The mother will be monitored in the first two months after birth, and if no complications occur, further observation will take up to six months.

According to the president of the World Society for Uterine Transplantation (ISUTx), MD Jiří Franek, the first step has been taken in Prague to rewrite the transplant protocols of world transplant centers.