An innovative way to treat a retinal tumor 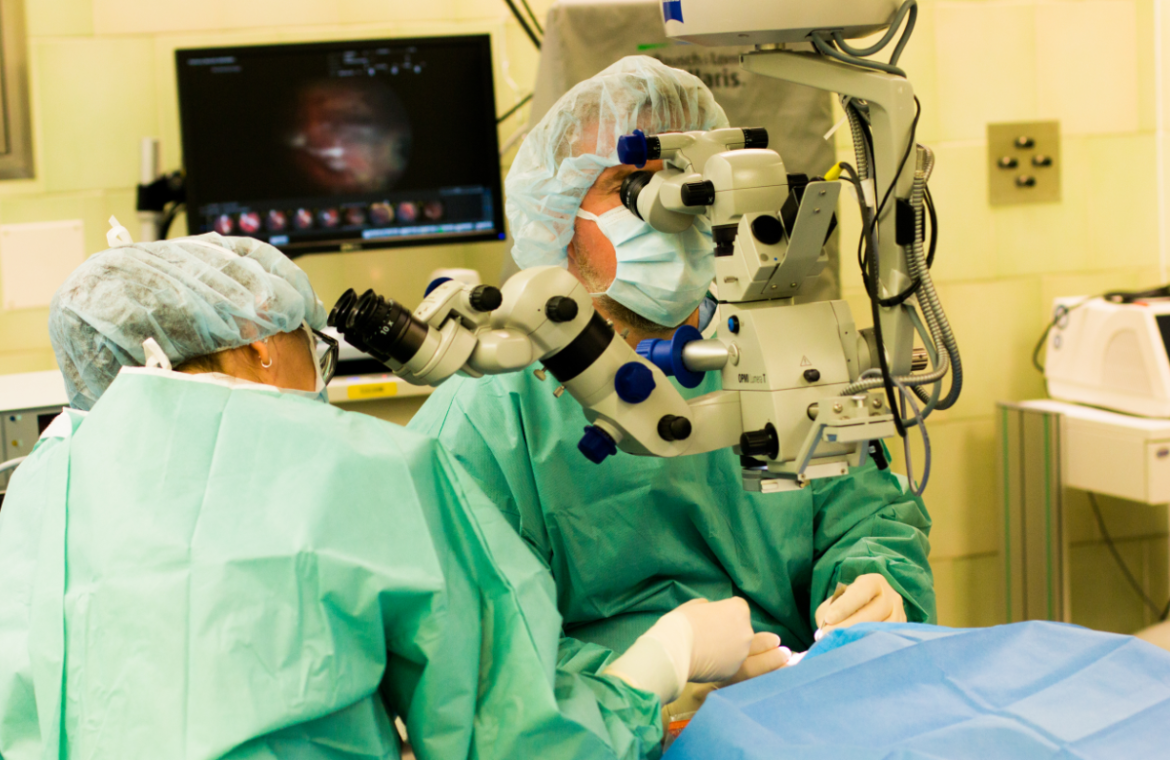 A completely new method of using cytostatic was first applied in the Czech Republic by doctors at the Charles University Ophthalmology Clinic for Children and Adults in the treatment of 3-year-old Helen with retinal cancer. It’s a direct injection of cytostatic in the patient’s eye, which allows to achieve sufficient concentration of the drug in the vitreous body and, thus, increases the likelihood of a successful treatment. Until now, this method has been available only in a few foreign centers and is now available for patients in Prague too.

Problems with Elena began from May last year to notice the mother of a small patient, less than three months before her third birthday. “Elena had a whitish reflection in the pupil in her right eye in some photos,” said Ms. Nikola, the mother of an almost four-year-old girl. As a result of an urgent examination (June), a retinal tumor was detected, numerous tumor particles outside the retina had a huge impact on the vitreous humor. Cancer treatment was started immediately (July) given the severity of the diagnosis. Initially, a cytostatic agent was introduced into the tumor region of the eye through a catheter inserted through the femoral artery. In the fall, they switched to the introduction directly into the eye. Little Elena received the last fifth injection of cytostatic in December, and the treatment worked. The number of tumor particles decreased significantly. As in other similar cases, the patient will be under the supervision of specialists until reaching adulthood.

Although the introduction of a cytostatic agent into the eye is carried out under general anesthesia, the operation itself lasts about five minutes. Some precautions should be taken to prevent the spread of the tumor from the eyes. First, the surgeon must lower intraocular pressure by aspirating a small amount of fluid from the anterior chamber of the eye. The cytotoxic agent is administered by a specialist using a very thin needle according to a special technique followed by injection site freezing.

Retinal cancer (retinoblastoma) affects children in the first years of life. Most often found in infants, rarely in newborns. The tumor arises from immature retinal cells and in some cases is hereditary. Retinoblastoma accounts for about 4% of all childhood cancers a year. The disease manifests itself in different ways, sometimes with a sudden squint, sometimes with a whitish reflection in the pupil, which is often seen in photographs. If it is a hereditary disease, both eyes are affected.

“Although this is a single diagnosis, the specific data for our patients are very different. Sometimes several tumors of different sizes affect the eye; in other cases, detection is combined with retinal detachment; in another patient, the vitreous body can be penetrated by metastases. Therefore, it is important that doctors treat each patient individually. Early detection and treatment not only saves the life of a patient who, according to current statistics, recovers in more than 95% of cases, but also his eyesight, ”says Pavel Pokhop, MD, Ph.D., the Charles University Ophthalmology Clinic for Children and Adults, whose specialists initiated and implemented usage of this unique treatment method in the Czech Republic for the first time.